Such luck is simply beyond imaginary, and is rated as odds of 650M :1 – BGO casino player beats this, scooping £1.7 million within a month!

The winner, ‘Sandam’, who is a female in her 40s from South London, landed at £1.1 million jackpot in the end of April. Just less then 3 weeks later she won another £627K playing IGT’s Mega Jackpots slot Star Lanterns. 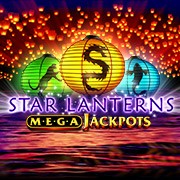 ‘Sandam’s’ first jackpot win came on a Good Friday when she scooped a massive £1.13 million. Its surprising really to see a player whom, after winning such a massive amount, still carries on playing the same jackpot slot! That’s exactly what this lucky female did. She carried on playing Star Lanterns to find herself winning yet another whopping amount of £627K over a £20 bet, once again hitting the jackpot on the same game.

Statistically, there is more chance of dying from being hit by a falling plane 1:10m or dying from flesh eating bacteria 1:1m or even becoming an astronaut 1:12m than scooping two jackpot wins on bgo’s Mega Jackpots Star Lantern slot machine.

“I just couldn’t believe it when I won the first jackpot” says ‘Sandam’. “But when the second win happened less than a month later I thought there must be a mistake. The first thing I’ll splash out on is a new car and there’ll be lots of treats for the family lined up too.” That’s the right thing to do, as most will agree!

So what’s there to me, one would say. Well, no try no gain. Why not get spinning on other jackpot slots which are hot right now and about to drop?

Netent’s Hall of Gods at the time of writing is over £5.66 million, one can play it at SuperLenny.com

If you don’t have a player account yet, SuperLanny will welcome you with 150 free spins +£150 bonus on first deposit and 10 no deposit free spins on registration.

Microgaming’s Mega Moolah at the time of writing has also reached over £3.26 million and can be played at casinoroom.com

Any cookies that may not be particularly necessary for the website to function and is used specifically to collect user personal data via analytics, ads, other embedded contents are termed as non-necessary cookies. It is mandatory to procure user consent prior to running these cookies on your website.